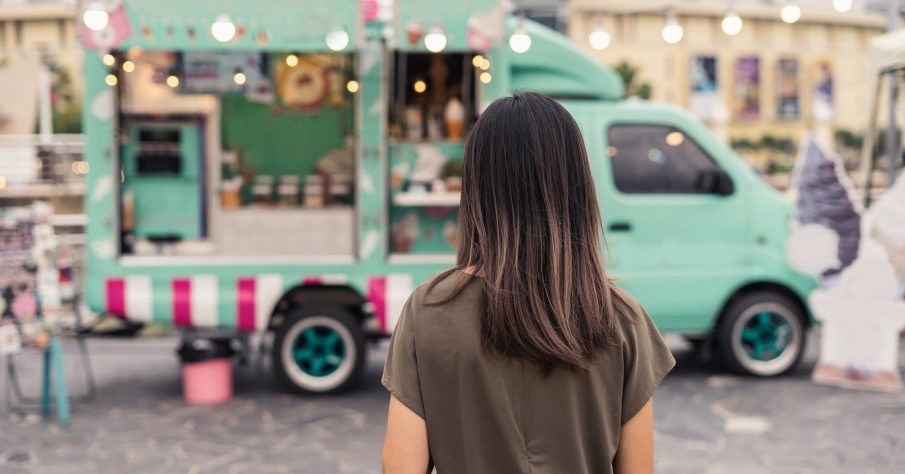 Enjoy some weird and wonderful roadside food, attractions and of course, beer on your next Oregon road trip.

“Keep Portland weird” may be a common refrain, but really, the whole state of Oregon is full of quirky stops – both for a bite and a laugh. Plus, no matter where you go, there is sure to be a local, craft beer for you to enjoy at the end of a long day of unsurpassable outdoor adventure and scenery. Portland is jam-packed with great places to eat and imbibe, so we’re skipping the obvious, and sending you out on the road less traveled! 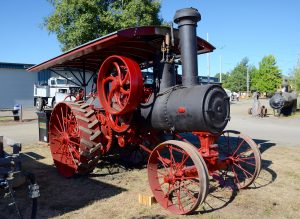 See: The world’s largest (pig) hairball among other oddities and tons of Catholic memorabilia at the eclectic Mount Angel Abby Museum in Benedict, Oregon.

Drink: Before you’re done with all things holy, enjoy a “bottle brewed in the glory of God” at the nearby Benedictine Brewery Taproom in Mount Angel, Oregon.

Eat: Take a break from your old world-themed day and fill up on new world tacos and other fresh Mexican delights at the casual Luis’s Taqueria in Woodburn. This order-at-the-counter hot-spot was visited by President Obama in 2008.

See: Feel like skipping God’s splendor for something more man-made? Inspire your inner steampunk at the Powerland Heritage Park in Brooks, Oregon. Even if you miss their big annual Steam Up event, you can still marvel at the origin of modern transportation all summer.

Eat: At the intersection of 99W and 99E, you’ll find Junkyard Extreme Burger & Brats. You’ll know you’re in the right place when you see the nose-diving airplane. Beloved by Carson Facebook followers for crazy-good burgers and dogs, they’ve also been featured on Diners, Drive-ins & Dives. 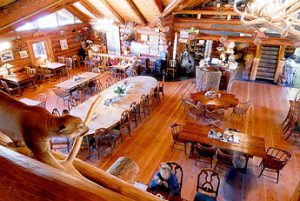 See & Eat: An ode to, and a retrospect of, all things Oregon logging, Camp 18 is a campy lodge-style restaurant and a grand collection of logging equipment. The property is an impressive log-cabin sprawled right on Hwy 26. They are continually adding new items and exhibits including a poignant Loggers’ Memorial. Kids can run off their huge logger’s breakfast with relatively free-reign through all the rusty machines.

See: Headed north when you hit the coast highway? Check out all things Goonies (and some other films) at the Oregon Film Museum. Housed in the old Clatsop County Jail, the museum invites visitors to explore the films and film production of Oregon-based movies. You can’t bother the people that live in the Goonie’s house, but you can take a picture at the scene of their jailbreak.

Eat: Delicious, accessible and inventive eats are served up with beautiful coffees (or a stiff drink) at the eclectic Astoria Coffee House & Bistro. Centrally located in downtown Astoria, fill up before exploring Astoria’s wide selection of antique and vintage shopping. 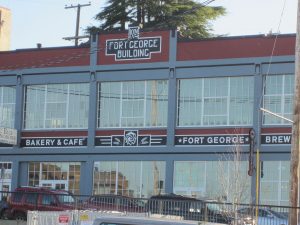 See: Everyone goes to the zoo, but did you know there is a creepy wax sculpture museum in Newport? Located in Newport’s Mariner Square, The Wax Works isn’t quite Madame Tussauds, but it’s still creepy. Mariner’s Square also includes oddities on display at “Ripley’s Believe it or Not” and “Undersea Gardens,” a glass-bottom boat tour of Yaquina Bay.

Eat: Newport is all about that view, and fresh seafood. Local Ocean is about as fresh as it gets with a dockside market and restaurant. Considered by many as the best, and freshest seafood restaurant on the coast, views include the bay, the mountains, and a bustling kitchen. 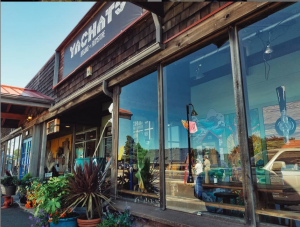 See: Built in the 1920s of local timber hauled down the Yachats River, the Little Log Church Museum is now a designated historical site housing artifacts of local history and works by Yachats artists and authors.

Eat & Drink: Yachats Brewing + Farmstore is a casual stop with award-winning Saisons and sours, a farm-to-table menu of hardy fair, and huge picnic tables for families on their bright patio. 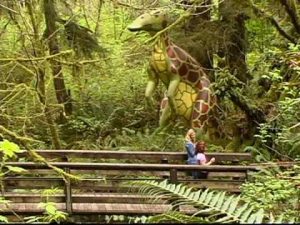 See: If you’re headed further south down the Oregon coast, it’s hard to miss the Prehistoric Gardens outside of Port Orford. You’ll get a glimpse of a dinosaur or two right on Hwy 101. The park, opened in 1955, is a self-guided tour through the coastal rainforest complete with nearly two dozen life-size replicas of dinosaurs.

Eat: Decorated in Norwegian cartoon paintings, The Crazy Norwegians Fish and Chips is a bright and cheerful spot. They get rave reviews for their, you guessed it, fish and chips. 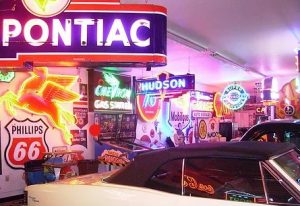 Drink: The first craft brewery to open in The Dalles in more than 100 years, Freebridge Brewing Company focuses on German ales and lagers. If you skipped the Chicken ‘n Dumplings at Tad’s, you can fill up on pizza here, too.

See: Located in the historic Elk’s Building in downtown Dalles, the National Neon Sign Museum houses 20,000 square feet of electrifying signs, ephemera, and interactive displays that date from the late 1800s through the 1960s. Tons of roadside signs are a bright beacon of America’s golden years.

See: Built in the 1870s possibly as a trading post, the remarkable Kam Wah Chung State Heritage Site is a National Historic Landmark. The best-preserved example of a Chinese herbal apothecary and mercantile establishment dates to the post-Civil War period of growth in the American West. The property includes a museum and interpretive center. Step back into a fascinating era of Oregon history.

Eat: Embrace your inner cowboy in this western-themed steakhouse. The Snaffle Bit Dinner House serves up fire-grilled local steaks to the strains of live country music. Enjoy their “back forty” patio with views of the waterfall.

See: When Eastern Oregon’s summer temperatures can’t be tamed with a cold beverage, head to the soothing breezes of the consistently 40-degree Lava River Caves outside of Bend, Oregon. Grab your jacket and flashlight or rent a lantern onsite for this self-guided exploration of what lies beneath.

Eat & Drink: Two great tastes that taste great together: pierogi and beer. Get your fix of fresh-filled pastry goodness at Big Ski’s Pierogi in the Podski Food Cart lot in downtown Bend. Fillings range from traditional potatoes and cheese to foodie-forward pesto, mushroom, and chili-filled choices. The Podski Beer Cart serves up a rotating list of craft beers, cider and wine to pod diners. 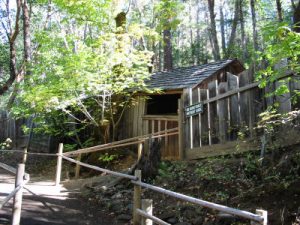 See: Because Oregon is weird no matter where you go, hit the original vortex of weird at the Oregon Vortex in Grants Pass. This old gold-mining claim is the original slanted house attraction where reality is slightly off-kilter – just like every day in Oregon.

Eat & Drink: With five locations in Southern Oregon, Wild River Brewing and Pizza will satisfy your craving for loaded pies and handcrafted beer no matter how far you roam.

Eat: Sometimes, you don’t want beer and pizza. Sometimes you want a different kind of pie. The family-run Pennington Farms country bakery and farm store is located in a converted barn just west of I5 before Medford and Grants Pass. Make this a stop for all things Oregon berry-filled goodness.

Eat & Fill ‘er up: If you’re just running some road miles from one fabulous Oregon destination, youll need to fill yourself as well as your gas tank. Wolf Creek Grill & Deli is an unassuming roadside eat attached to a handy 76 station right on I-5. Beloved by locals, its known for amazing burgers and super-friendly service. Folks stop here even when they don’t need fuel!

Other Fill-ups: Did you know that Carson owns 25% of the cardlock stations in Oregon? Choosing Carson as your cardlock provider saves time, money, and peace of mind as you travel around our grand state. Learn more about how to qualify for a cardlock gas card.